On 12th March 1930, JM Casals Ros, an industrial engineer, founded the company CASALS Y DEL RIO SL. on Verdi St. in the Gracia district of Barcelona, along with another engineer.

During this stage they developed relevant engineering projects. One of the most important was the execution of the Montjuic Fountains, also known as “La Font Màgica”. 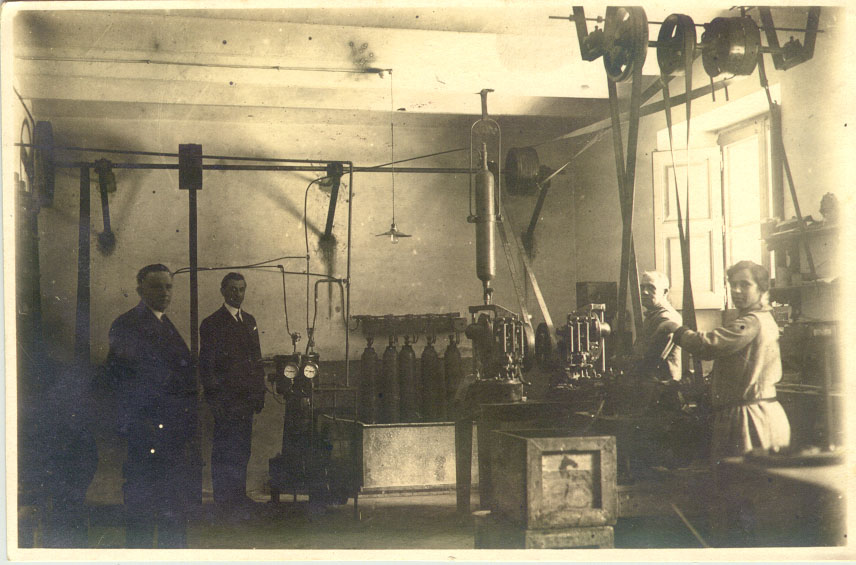 In the new facilities located at 166 Aribau St. the first pressure cylinders were manufactured. Specifically the refillable CO2 cylinders for the English Brand SPARKLET, which exclusively imported the English siphon to Spain. 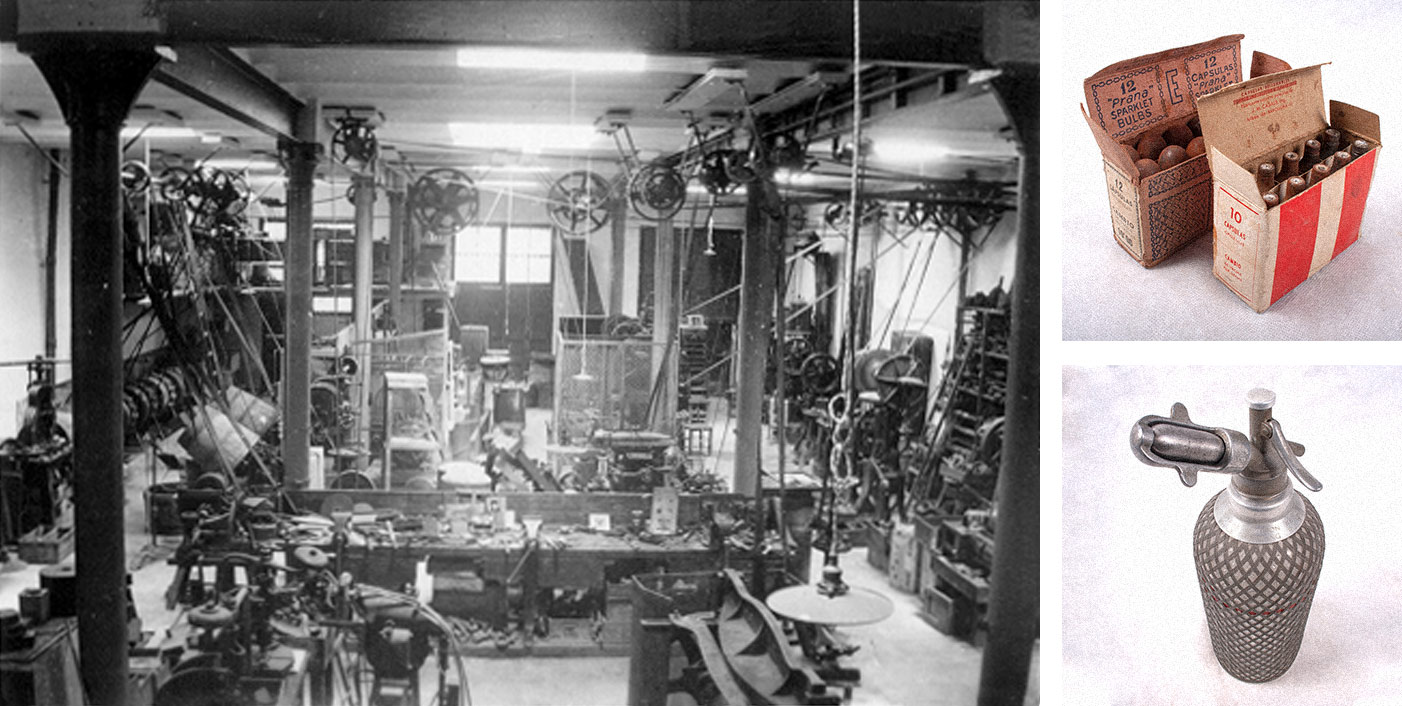 In 1955, Josep Mª Casals Ros, along with the company La Farga Casanova, SA, founded the brand METRANS which developed the first high-pressure gas cylinders and the special machinery for their manufacture.

The first gas cylinders were used for medical oxygen, having as main customer Mr. Conrado Sintas who worked for the company CARBUROS METÁLICOS, a well-known multinational company of the AIR PRODUCTS group.

In early 1976 a new phase began with the foundation of Sintas y Casals, SA.

The generational change in METRANS favours the association of Lluis Casals with the son of the company’s main customer, Jose Mª Sintas. At this time a new manufacturing brand is created named SYC.

During this period, new products were developed. It began an expansion into new sectors such as food and industry, besides de medicinal products 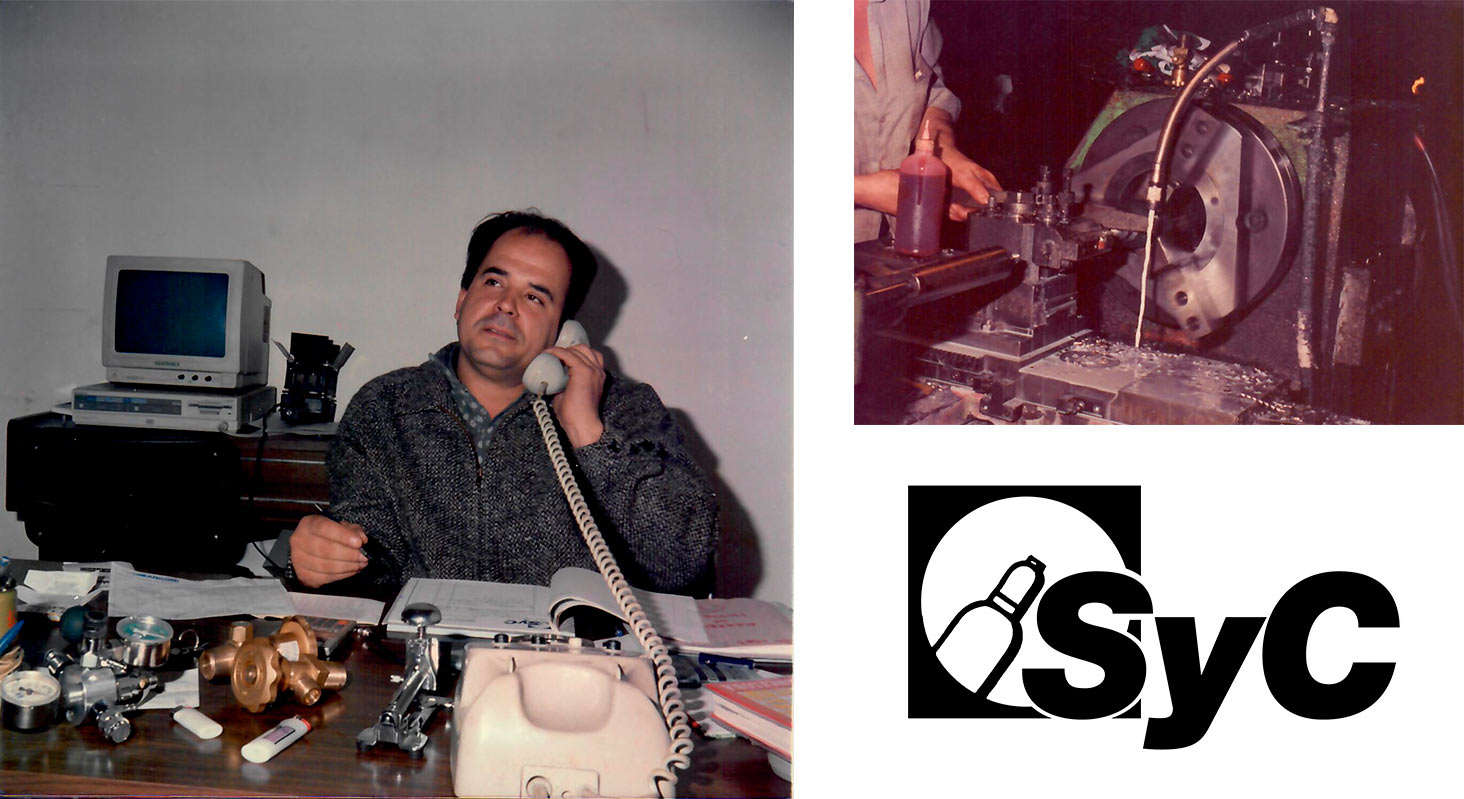 In 1982, a new company called GASYSOL, was created to commercialize industrial gas refills. At the same time, the first welding equipments and ABS protection caps were developed. 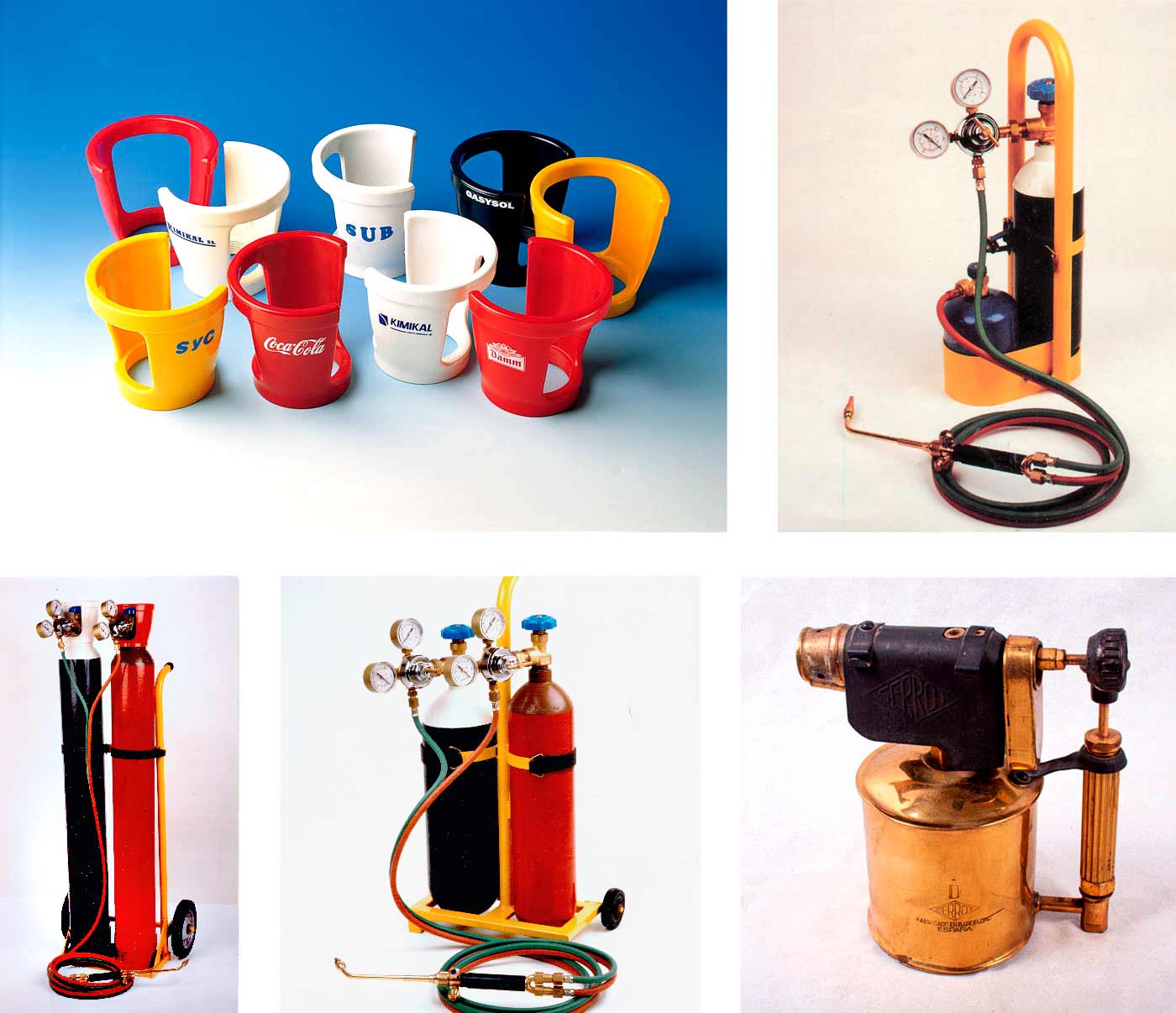 SYC sponsored the second Mount Everest Spanish expedition. Thanks to the portable medical oxygen cylinders, the climbers were able to reach the summit of the highest mountain in the world. 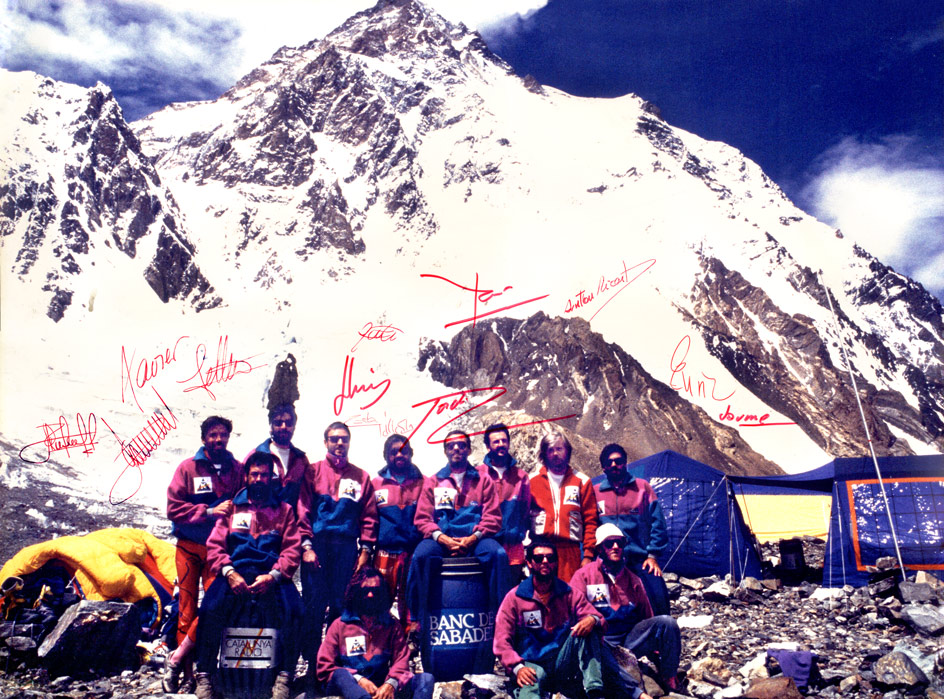 In 1989 a new factory located in L’Hospitalet de Llobregat was opened. New hardening and tempering furnaces were incorporated which helped to make a step forward to major technological changes in the company. 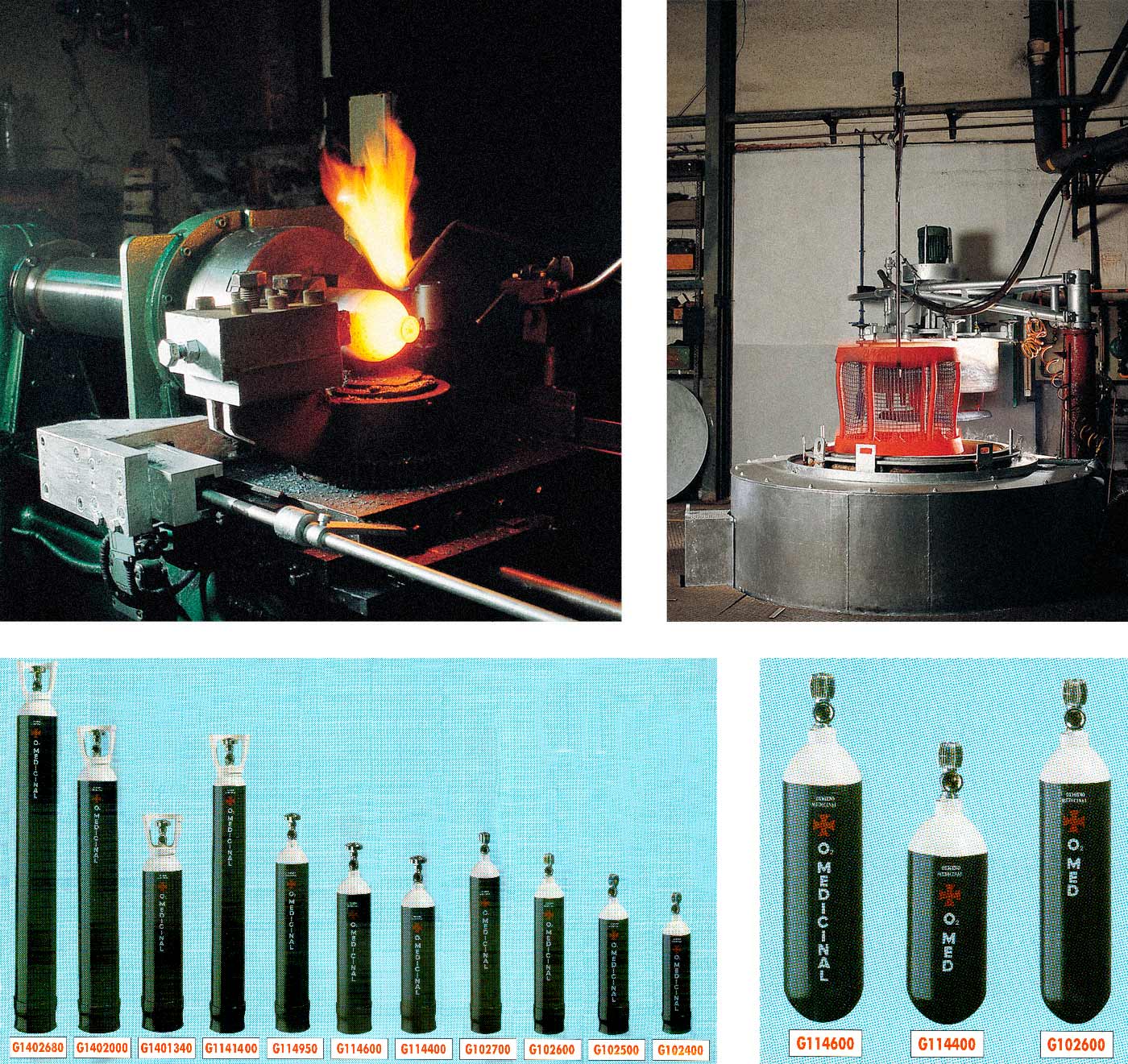 A new generation in the company drove the technological changes necessary to adapt the product according to the new European IP regulations. The company established a new ISO9001 quality system.

A strong investment in machinery was made, improving especially the quality of the finished product. This was possible thanks to expanding the facilities with the incorporation of a new hydraulic test, an indoor and outdoor shot blasting and a painting installation with oven drying. 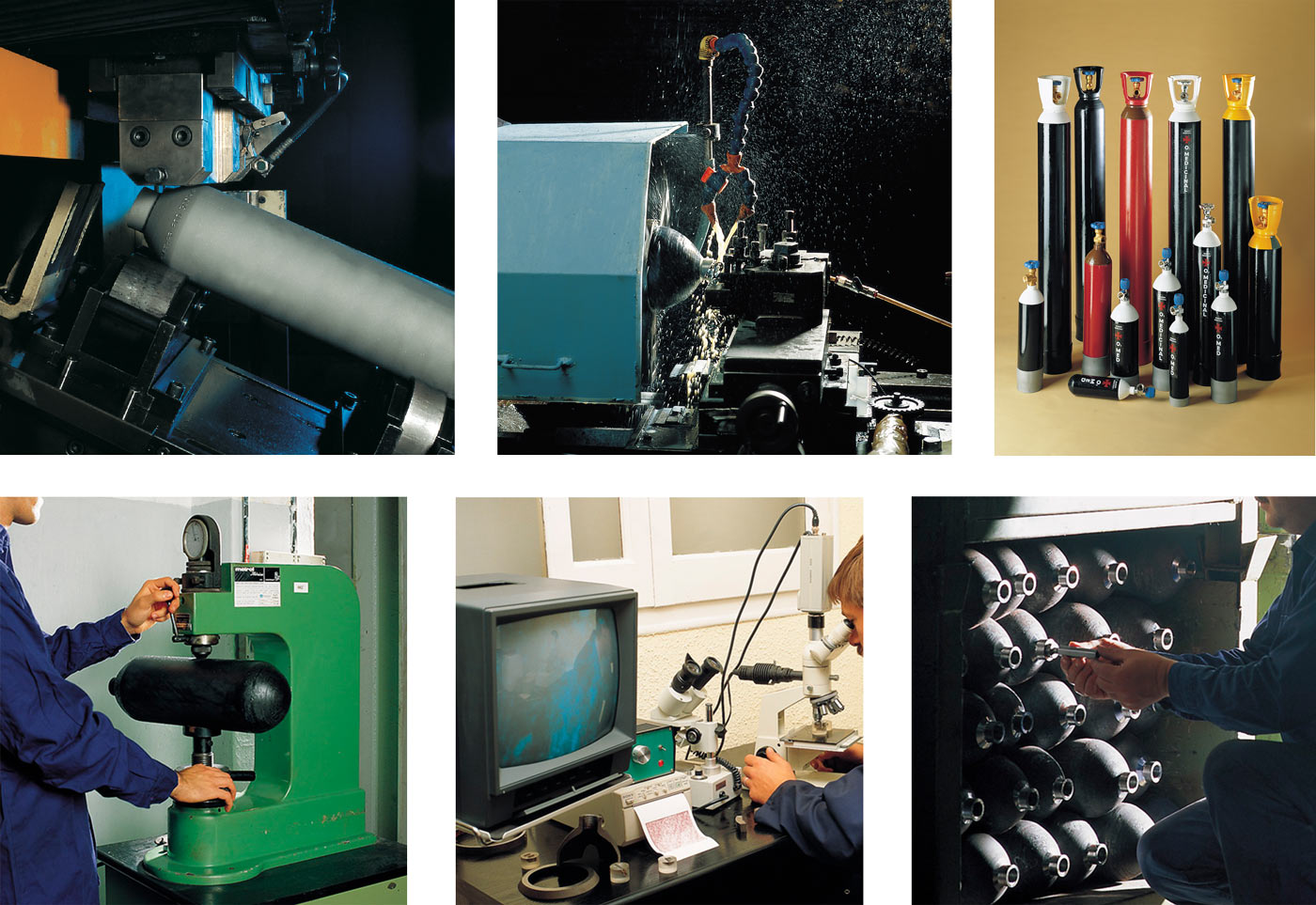 The new production plant makes possible to increase the production capacity and expand the product range with volumes from 2L to 50L. A new technology of cold drawing and continuous heat treatment ovens is implemented.

A new technical inspection center for the cylinders is established in Sant Boi, where a 100% inspection of the final quality of the product is carried out. The facility is also adapted for periodical cylinder testing. 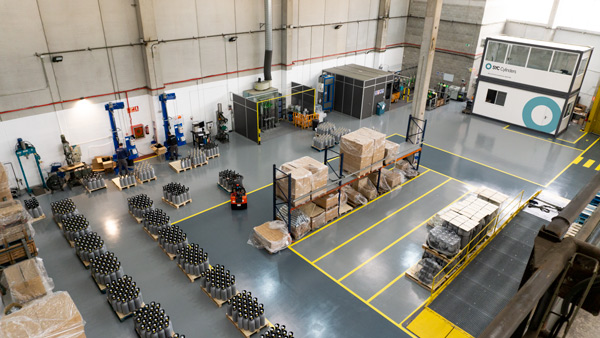 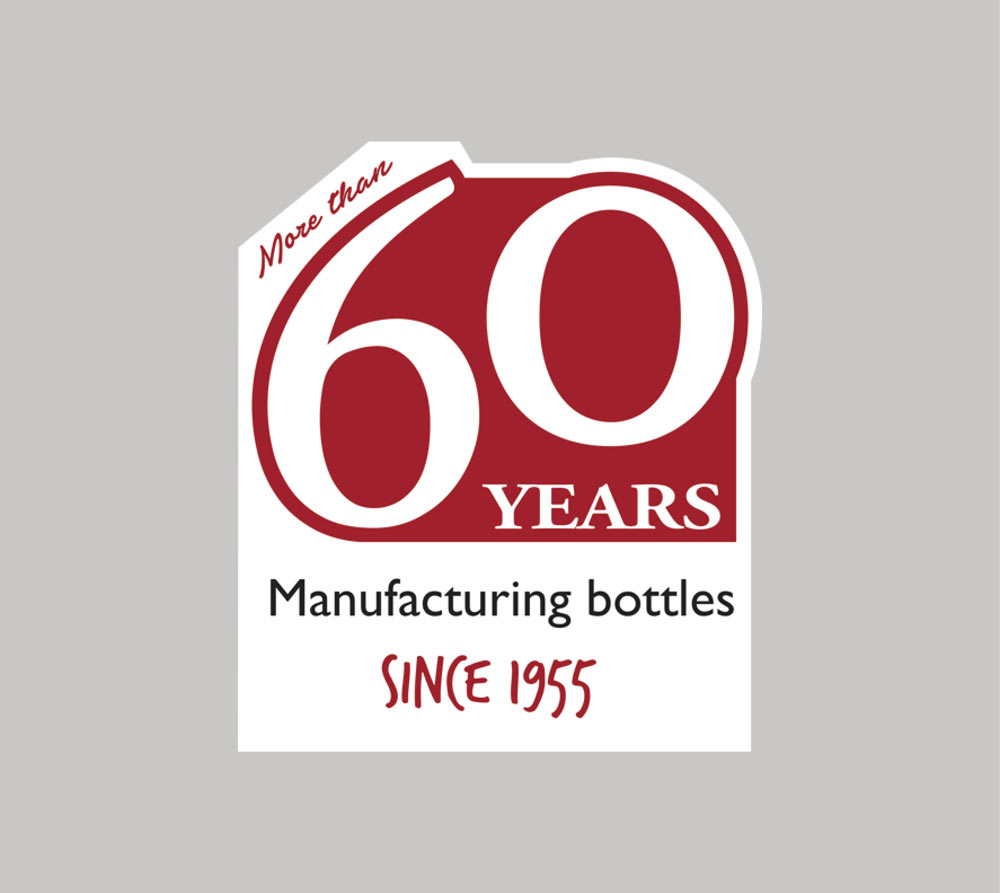 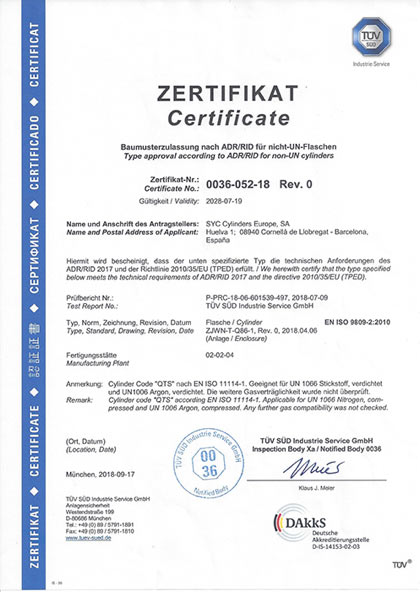 In 2020 the production line for 6061 aluminium bottles was approved. This allows cylinders lighter and easier to transport.

We use the cookie information to improve our knowledge of the use of our web site and to enable us to be able to ascertain whether the web site. Find out more or adjust your settings.